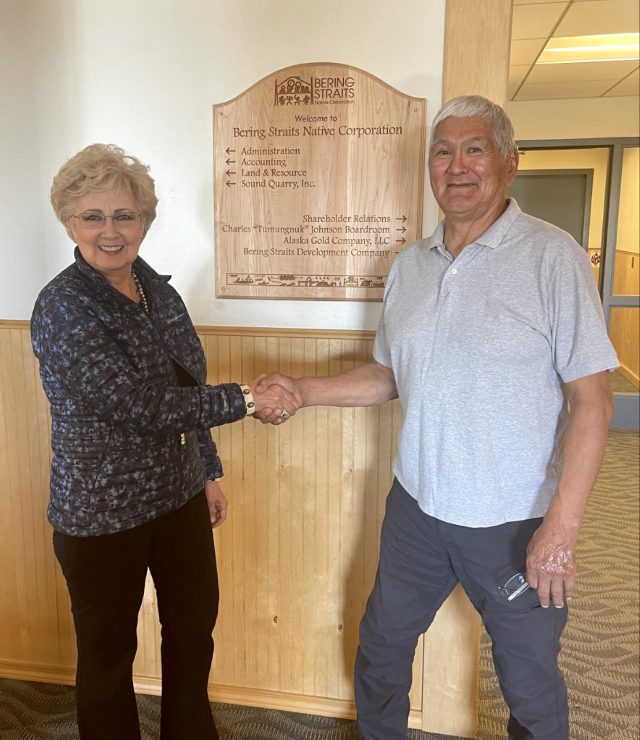 At a BSNC Board of Directors meeting held on Aug. 9, 2022, Isaiah (Ike) Towarak was appointed to fill the Board seat previously held by the late Henry Ivanoff Sr. Towarak, who resides in Unalakleet, will serve the remainder of the late Chairman Ivanoff’s term until the 2023 Annual Meeting election. Towarak was selected from a pool of 26 applicants, the highest number of applicants ever to apply to serve on the BSNC Board.

“I am pleased to welcome Ike Towarak to the BSNC Board of Directors,” said BSNC President & CEO Gail R. Schubert. “I am confident Ike’s familiarity with our region’s cultural values and his rural business experience will provide valuable perspective as BSNC continues to grow in pursuit of its mission to improve the quality of life of our people through economic development while protecting our land and preserving our culture and heritage.”

Towarak retired from the Unalakleet Valley Electric Cooperative (UVEC) in 2012 after 32 years of service and currently serves as Interim City Administrator for the City of Unalakleet. He is a Director on UVEC Board, current member of the Norton Sound Economic Development Corporation (NSEDC) finance committee and previously served on the board of Siu Alaska Corporation, an NSEDC subsidiary. He earned a bachelor’s degree in business accounting from Seattle Pacific University. Towarak was born and raised in Unalakleet and is the son of the late Clarence and Guerie Towarak. He has two children and one grandchild.