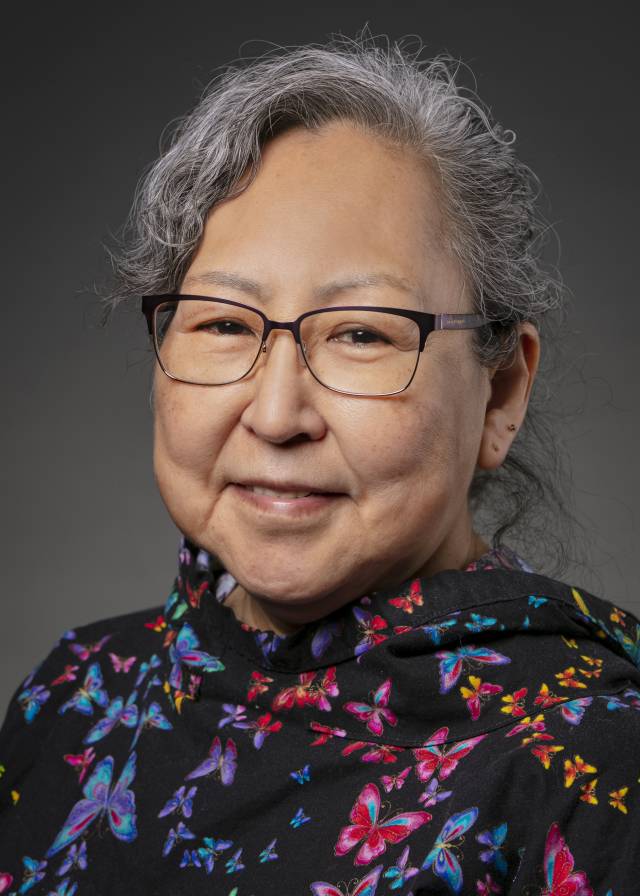 BSNC shareholder Esther Koezuna serves as the corporation’s Anchorage office receptionist. In addition to serving as the first individual people interact with at BSNC, Koezuna is a traditional culture-bearer. She grew up in the King Island community of Nome and today, regularly shares her traditional knowledge with summer interns and recently, in BSNC’s new cultural series titled Mazzaq Tigittuaq, Inupiaq for “sunrise.”

Koezuna is a member of the King Island Dancers of Anchorage. She is also a talented artist who creates oogithgaak (kuspuks), yo-yo’s, dolls, Native jewelry, parkas and mukluks. She learned Inupiaq King Island dancing and artistry from her grandmother.

Koezuna rejoined BSNC’s Anchorage office in 2017 where she has one of the more challenging roles in the company. She regularly juggles multiple responsibilities, balancing a high volume of phone calls and questions with administrative work. A part of her position also includes serving to safeguard BSNC from phishing and scam attempts. She previously worked for BSNC between 1999-2003 in the Anchorage Office Park building when there were only seven employees. Now, BSNC’s Anchorage office has more than 100 employees.

Koezuna’s favorite part of serving as BSNC’s Anchorage receptionist is greeting shareholders and sharing her cultural knowledge with BSNC’s summer interns. In her spare time, Koezuna loves berry-picking and fishing, particularly during the traditional harvesting time of late July to late August.

An Athabascan Elder once told her, “You have a bachelor’s degree in your culture. Don’t ever let anyone put you down for not having an academic degree.”