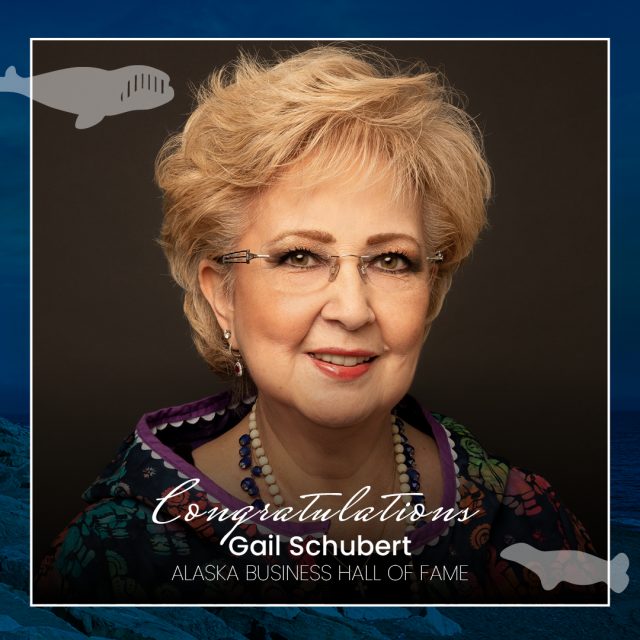 The Alaska Business Hall of Fame has announced its selection of BSNC President & CEO Gail R. Schubert as a Laureate Inductee. Under her leadership, revenues have grown from $14 million in fiscal year 2003 to $543 million in fiscal year 2022. In the last decade alone, BSNC distributed $48 million in shareholder benefits, representing 82.8% of all benefits paid to BSNC shareholders since the Company was incorporated in 1972.

Schubert is Inupiaq and was born and raised in Unalakleet, Alaska. In addition to serving as President & CEO of BSNC, she serves on the boards of the Alaska Federation of Natives, Alaska Native Justice Center, ANCSA Regional Association, Commonwealth North, the Iditarod, Native American Contractors Association and the University of Alaska Foundation Investment Committee.

She is an ATHENA Society awardee, recipient of the Northwest Indian Bar Association’s Unsung Hero Award and YWCA Alaska/BP Woman of Achievement Awardee for her leadership and excellence in her professional and personal endeavors as well as her contributions to the larger community.

Schubert has served on the BSNC Board of Directors since 1992, was hired as Executive Vice President and General Counsel in 2003 and was promoted to CEO in 2009. She became BSNC’s President the following year. Prior to joining BSNC, Schubert practiced law in Anchorage after a successful career on Wall Street, where she worked at the Federal Reserve Bank of New York and two Wall Street law firms. She earned an undergraduate degree from Stanford University, a Master of Business Administration from Cornell University’s Johnson School of Management with an emphasis in accounting and finance, and a Juris Doctorate from the Cornell University School of Law.

In 1987, Junior Achievement of Alaska, Inc. began the Alaska Business Hall of Fame to honor outstanding Alaska businesspeople. Since then, the Hall of Fame has become one of the state’s most prestigious events, inducting new Laureates annually. Congratulations, Gail!