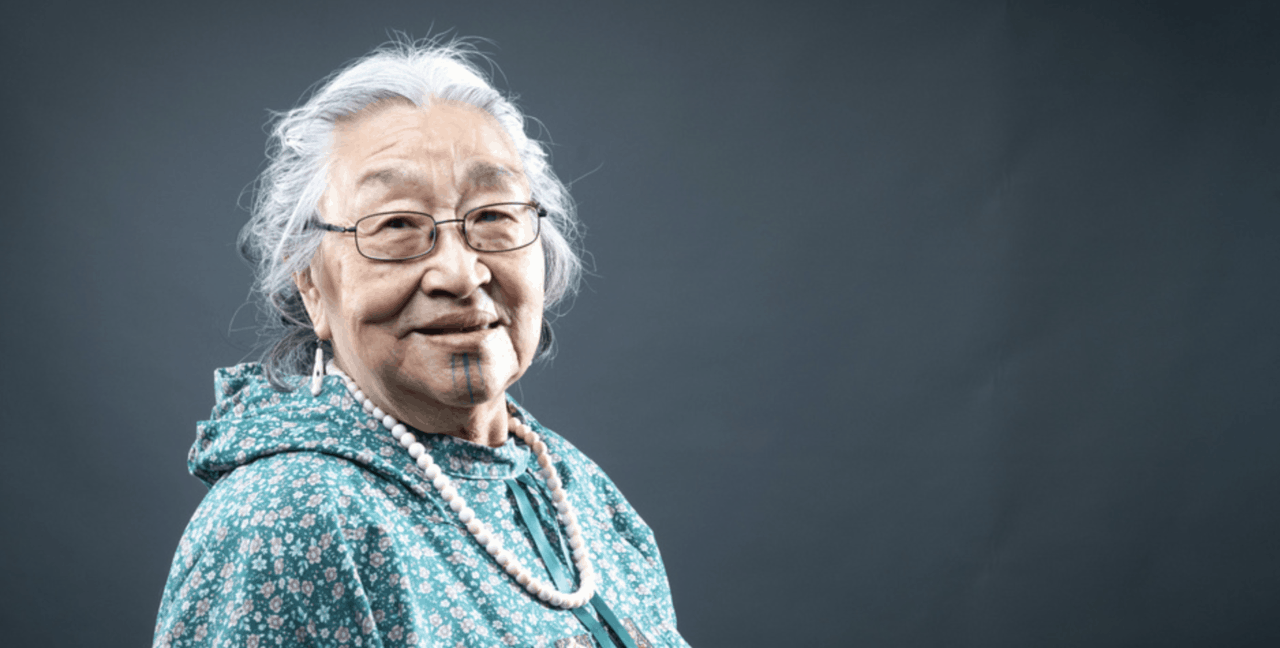 In the past decade, Inuit women revitalized the ancient art of traditional tattooing. The practice dates back at least 10,000 years and involves skin stitching or hand-poke/stickand-poke. Ethnographically, tattooing was practiced by all Inuit but was most common among women and would commemorate an achievement or reaching a certain milestone in life. During the influx of Western civilization in the 19th and 20th centuries, many Inuit were prohibited from practicing the ritual. In 1926, the University of Alaska archaeologist Otto W. Geist (1927-34: n.p.) noted:

“The pigment is made from the soot of seal oil lamps which is taken from the bottom of tea kettles or similar containers used to boil meat and other food over an open flame,” said Geist. “The soot is mixed with urine, often that of an old woman, and is applied with steel needles. One method is to draw a string of sinew or other thread through the eye of the needle. The thread is then soaked thoroughly in the liquid pigment and drawn through the skin as the needle is inserted and pushed just under the skin for a distance of about a thirty-second of an inch when the point is again pierced through the skin. A small space is left without tattooing before the process is again repeated. The other method is to prick the skin with the needle, which is dipped in the pigment each time.”

Yaari Toolie-Walker of Savoonga was one of the first Alaska Native women to revive the tradition in recent history by receiving her traditional chin tattoo more than 10 years ago. She has inspired many women to continue the tradition. BSNC descendant Marjorie Tahbone has also received her chin tattoo and is helping to revitalize the tradition by becoming a traditional tattoo artist.
“We need to bring back our culture and our celebrations and our festivals, ways that we were able to cope with mourning, with death or being able to acknowledge a boy becoming a man and a girl becoming a woman – those ceremonies are important to a healthy society and those were taken from us,” said Tahbone. “And so my motivation is to make sure that they come back in a healthy, strong way and people feel that they’re theirs.”