BSNC is pleased to announce a series of promotions its shareholder-employees have recently earned. BSNC congratulates Danielle Anagick-Jolly, Malorie Johnson, Sara Leckband, Annabelle Ryan and Elizabeth Sherman-Luce on their promotions in their respective departments. 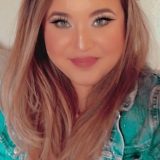 “MY GOAL IS TO CONTINUE TO GROW AND DEVELOP IN THE ACCOUNTING FIELD. WORKING IN THE FINANCE DEPARTMENT HAS BEEN A WONDERFUL EXPERIENCE AND I AM LOOKING FORWARD TO CONTINUING TO LEARN MORE.” -DANIELLE ANAGICK-JOLLY

BSNC shareholder Danielle Anagick-Jolly was recently promoted from Accounts Payables Specialist II to Senior Accounts Payables Specialist III. Anagick-Jolly joined BSNC in February of 2016. In her role, she enters invoices and expense reports, ensures timely payments, maintains accurate financial records and control reports and contributes to the development and improvement of current processes and procedures. She also mentors employees through training and coaching and provides supervision and oversight to other Account Payables Specialists. She is the daughter of Colleen Anagick and Edgar Anagick. Congratulations, Danielle! 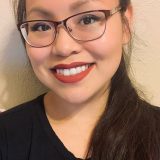 “IT IS A PLEASURE AND A PRIVILEGE TO WORK FOR AND WITH OUR  PEOPLE AT BSNC.” -MALORIE JOHNSON

BSNC is pleased to announce the promotion of shareholder Malorie Johnson to Senior HR Business Partner. In her role, Johnson partners with Operations Managers to support contracts and operations for all HR activities in BSNC and its subsidiaries.

Johnson was a BSNC intern in 2016 in the Human Resources department and was immediately hired after the summer program ended. Johnson earned her bachelor’s degree in Rural Development with a concentration in Tribal and Local Government Administration in 2015 from the University of Alaska Fairbanks. She is originally from Unalakleet and is the daughter of Merlin and Velma Johnson. She now resides in Wasilla and has a one and half year-old son, Nathaniel. Congratulations, Malorie! 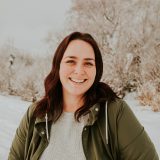 “I AM GRATEFUL FOR THE CONTINUED SUPPORT AND OPPORTUNITIES I HAVE BEEN PROVIDED AT BSNC, AND I AM HAPPY TO BE HERE HELPING WHERE I CAN.” -SARA LECKBAND

BSNC shareholder Sara Leckband has been promoted to Contracts Administrator. In her new role, she works with the Legal, Business Development and Operations departments to structure contracts that effectively manage risk for 10 BSNC subsidiaries. She is responsible for managing all prime and subcontract agreements, contract deliverables and related data, including reviewing, preparing, negotiating agreements and other formal documents for multiple project types and business lines. She is the main point of contact for both internal and external customers for the contractual matters she administers. She previously served as Legal Specialist.

Leckband earned her bachelor’s degree in Rural Development from the University of Alaska Fairbanks. Leckband is the daughter of Diane “Oupa” Warnke and George Leckband, and the granddaughter of Marge Apok and Virgil Warnke. She is originally from Nome but now lives in Anchorage with her two children. Congratulations, Sara! 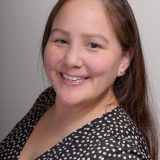 “OVER THE YEARS, MANY COLLEAGUES HAVE SHARED THEIR WISDOM, NOT ONLY OF OUR CORPORATION BUT OF THE WORKING WORLD. AND FOR THAT, I AM BEYOND GRATEFUL; TO HAVE LEARNED AND GROWN WITHIN THE COMPANY. I HOPE TO HAVE SET AN EXAMPLE, TO OUR SHAREHOLDERS WITHIN THE REGION, THAT DEDICATION AND HARD WORK TOWARD A CAREER YOU WANT, CAN AND WILL PAY OFF.” -ANNABELLE RYAN

Ryan joined BSNC in the Accounting Department in 2009. In 2013, she was recruited to the Human Resources Department. She has developed her expertise on-the-job through mentorship and by participating in numerous trainings. Ryan is the daughter of the late Fred Ryan Jr. and Karen Bradley of Unalakleet. Congratulations, Annabelle! 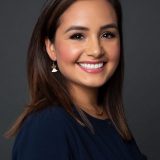 Sherman-Luce earned a bachelor’s degree from the University of Alaska Anchorage (UAA) in Early Childhood Education in 2018 and received a State of Alaska Teacher’s Certificate. She is currently working on earning a master’s degree in Public Administration. She is the granddaughter of Mike Sherman and the late Nancy (Teayoumeak) Sherman and daughter of Rob Luce and Peggy Sherman-Luce. She is originally from Nome and now lives in Anchorage. Congratulations, Liz!