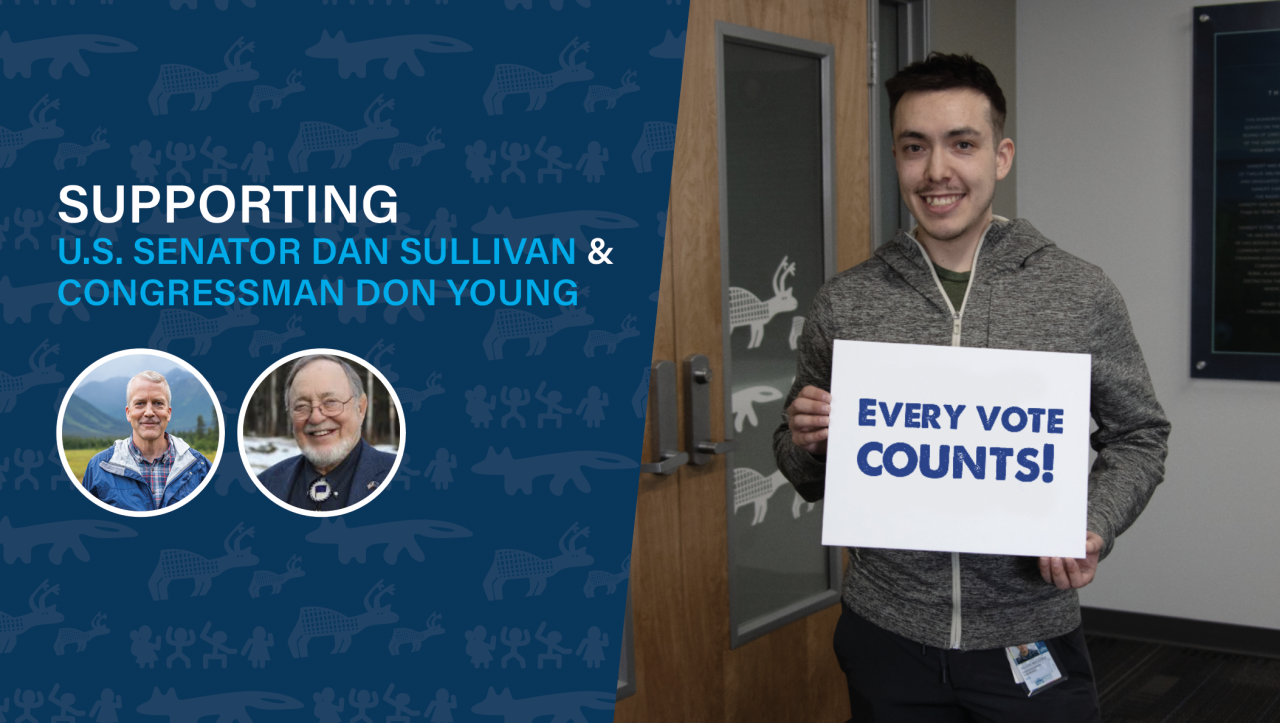 They both seek out new ideas and different perspectives, they are approachable and engaged, and genuinely committed to Alaska – our people and our communities. Please join us in supporting U.S. Senator Dan Sullivan & Congressman Don Young.

BSNC encourages shareholders and descendants of voting age to exercise their right to elect a candidate of their choice and to vote. Every vote counts and Alaska Native representation matters.

Learn more about how U.S. Senator Dan Sullivan and Congressman Don Young have helped our region.