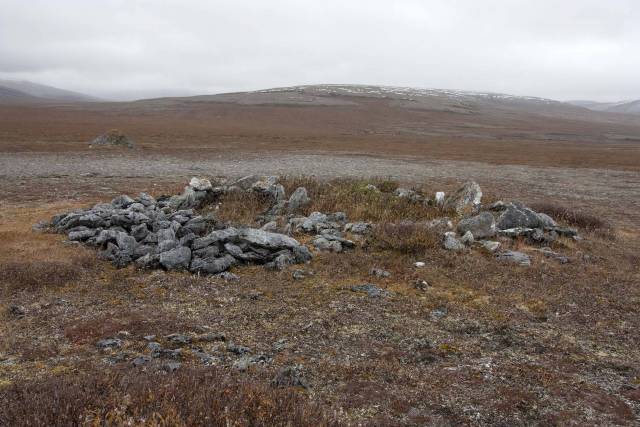 As fall comes to the tundra and waters of the Bering Strait region, many people are working to put away the fish and game that will help sustain them through the winter months. This is the pattern of life that has sustained our communities for millennia. One of the animals people will be harvesting and storing away is the caribou. Like salmon and waterfowl, caribou populations are migratory and their numbers can fluctuate year to year. The Bering Strait region has witnessed the ebb and flow of caribou over the millennia, and while they are present on the landscape today, that has not always been the case.

During the middle years of the nineteenth century (1840-1870), the population of Seward Peninsula caribou herd (SPH) decreased so drastically that people were unable to harvest enough of them to get by. By 1900, caribou of the SPH had either moved off the Seward Peninsula or had died off.

Prior to the 19th-century caribou crash, our people would organize communal hunts, tracking and driving the large herds over the landscape to lakes, river crossings or corrals, where they would dispatch the animals and process the carcasses. Drives were often accomplished through the strategic placement of Inuksuk on ridgelines so the animals would not run upslope to escape. At other sites, fences were constructed from caribou antlers which acted as barriers and channeled the animals into lakes or crossings. Through the ingenious use of the undulating landscape and the resources on hand, our ancestors were able to secure their food and the skins for their clothing. 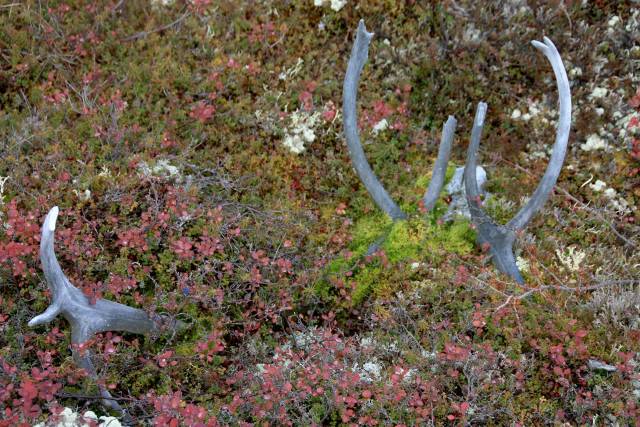 Ancient caribou hunting camps and harvest/drive sites can be found from Fish River to Safety Sound; Salmon Lake to Glacial Lake; north into the headwaters of the American River and Kougarok country; Imuruk Lake and the surrounding lava fields; Serpentine Hot Springs and the coast of the Chuckchi Sea between Wales and Shishmaref. Some of the sites are relatively recent and were used into the 1800s, while others are very old, perhaps 2,000-3,000 years old. All of these sites attest to the central place caribou played in the lives of our ancestors.

Though the caribou left the peninsula long ago, there were predictions from our Elders that the herds would return, and in 1996, the first “scouts” from the expanding Western Arctic Caribou Herd swept onto the Seward Peninsula. Since that time, their numbers have increased annually and calves are being born in-region. Fall is a wonderful time to celebrate our connection with the land and the animals that we share it with and remember the history and traditions of our ancestors.