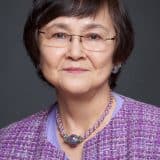 Ella Anagick was elected to BSNC’s Board of Directors at the Annual Meeting of Shareholders held on Oct. 3 in Nome. Anagick was born and raised in Unalakleet and is the daughter of Betty Anagick and the late Lowell Anagick. She attended Stanford University where she earned a Bachelor of Science degree in mathematics. Anagick also holds a Juris Doctorate degree from the Penn State Dickinson School of Law. Anagick is a practicing attorney in Anchorage and is also a shareholder and director of the Unalakleet Native Corporation, director of Bering Sea Alliance, LLC, Beans Café, and former board member of National Child Welfare Center for Tribes and the Governor’s Advisory Board on Alcoholism and Drug Abuse. She is the mother of three daughters.