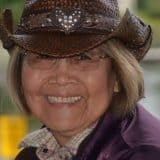 BSNC mourns the passing of shareholder June Degnan who served on BSNC’s Board of Directors from 1985-1989. June passed away on July 9.

In 2017, June was a recipient of the First Lady’s Volunteer of the Year Award in recognition for her service as the founding president of Haven House Juneau (HHJ), a transitional home for women exiting incarceration. She presided over the HHJ board since its inception in 2007 and demonstrated exceptional dedication, leaving her paid employment to nurture HHJ into an entity that has successfully helped countless women make healthy changes in their lives as they transition out of confinement. Since the 1960s, June fought for Alaska Native rights, for women’s rights, for equal opportunity and social justice.