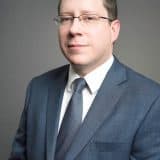 Richards has more than 16 years of legal experience, including as the Attorney General of the State of Alaska from 2014 to 2016. While serving as Attorney General, he played a key role in developing the concepts that underpin the Permanent Fund Protection Act, a proposal now being considered by the Legislature that would ensure the longevity of the dividend program while leveraging the state’s wealth to help pay for government services. Prior to serving as Attorney General, Richards was in private practice where he specialized in tax, finance and oil and gas law. He holds a Master of Business Administration from Duke University’s Fuqua School of Business and a Juris Doctor from Washington & Lee University. He earned a Bachelor of Science in Finance from the University of Virginia.

“Craig is an asset to the Board because of his extensive knowledge of public finance and Permanent Fund policy,” Governor Walker said.