(Nome, Alaska) – Bering Straits Native Corporation has announced the awardees for the 2016 Young Providers Award as Sierra Tucker of Nome and Christian “Agragiiq” Apassingok of Gambell. The Young Providers Award honors young people from the BSNC region who contribute on a daily basis to the health and well-being of their families, communities and culture. The BSNC Board of Directors has chosen to posthumously honor the late Irene Tagumaaq Aukongak and late Paul Johnson by presentation of the awards. Tucker and Apassingok will be recognized at the 2016 BSNC Annual Meeting of Shareholders on Oct. 1 in Anchorage, Alaska at the Anchorage Marriot Downtown. 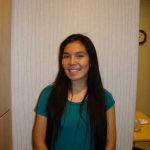 Since she could walk, Sierra Tucker has picked greens, gathered eggs, set nets, smoked silvers, sawed caribou and dressed swans for Sunday dinners. Tucker is an advocate for substance abuse prevention and an active participant in both the Nome Native Youth Leadership and the AFN Elders and Youth Conference. In 2015, she was selected by her peers to serve on the First Alaskans Institute’s statewide Elders and Youth Council. Her confidence and vibrant attitude landed her a role on a televised advertisement as a subsistence crabber checking pots out on the ice in the “Be [You] Alaska” campaign. The campaign seeks to prevent and reduce underage drinking among youth by challenging the misconception that most teens drink alcohol. In addition to her sports and subsistence activities, Tucker works as a clerk at the Alaska Commercial Company and volunteers with the Girl Scouts. Tucker will receive the award honoring Irene Tagumaaq Aukongak from Golovin, a health aide gifted with healing hands. A beloved mentor and Elder, Aukongak worked as a health aide for over 40 years until her retirement in 2001. 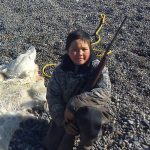 Christian Apassingok is a strong and ambitious 16-year-old hunter who provides for his community year-round. Apassingok became a registered co-captain for his father’s whaling crew at a very young age and was taught the necessary survival skills to live off the land and sea in the unpredictable weather of St. Lawrence Island. Apassingok will receive the award honoring Paul Johnson, an Iditarod musher and community leader from Unalakleet. Johnson was known by many throughout the region for his hard work, dedication and positivity. In 2012, Norton Sound Sled Dog Club established the Paul Johnson Memorial Norton Sound 450 sled dog race in honor of Johnson.