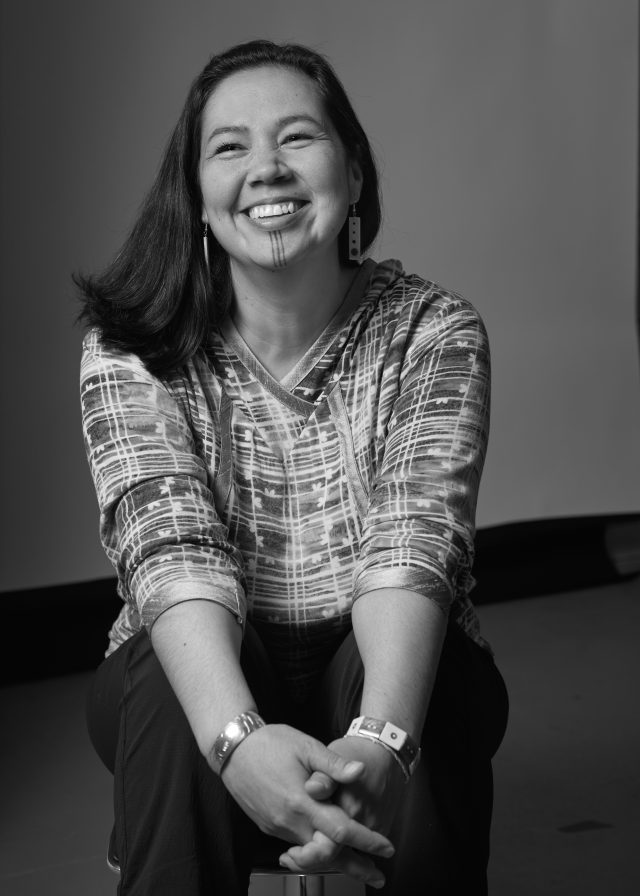 In the late 1800’s, Uŋalaqłiq was missionized by the Swedish Evangelical Covenant Church. Missionaries established a local education system under the direction of Alaska’s General Agent of Education Sheldon Jackson in the early 1900s. By 1915, the community was no longer engaging in ancestral songs, dances, or celebrations, such as the Kivġiq Messenger Feast. Her research outlines events that occurred in Uŋalaqłiq around the turn of the 20th century and analyzes how those events influenced the formation of the education system and its ongoing impacts today. Additionally, her research briefly explores approaches other Iñupiat communities have taken to awaken their ancestral practices of singing, dancing and creating qargi spaces.

The intent of this research is to help grow shared understanding of how this history continues to shape our lived experience as modern-day Native peoples and help to lay a foundation to promote healing through the revitalization of ancestral traditions that have kept us healthy and strong for thousands of years.