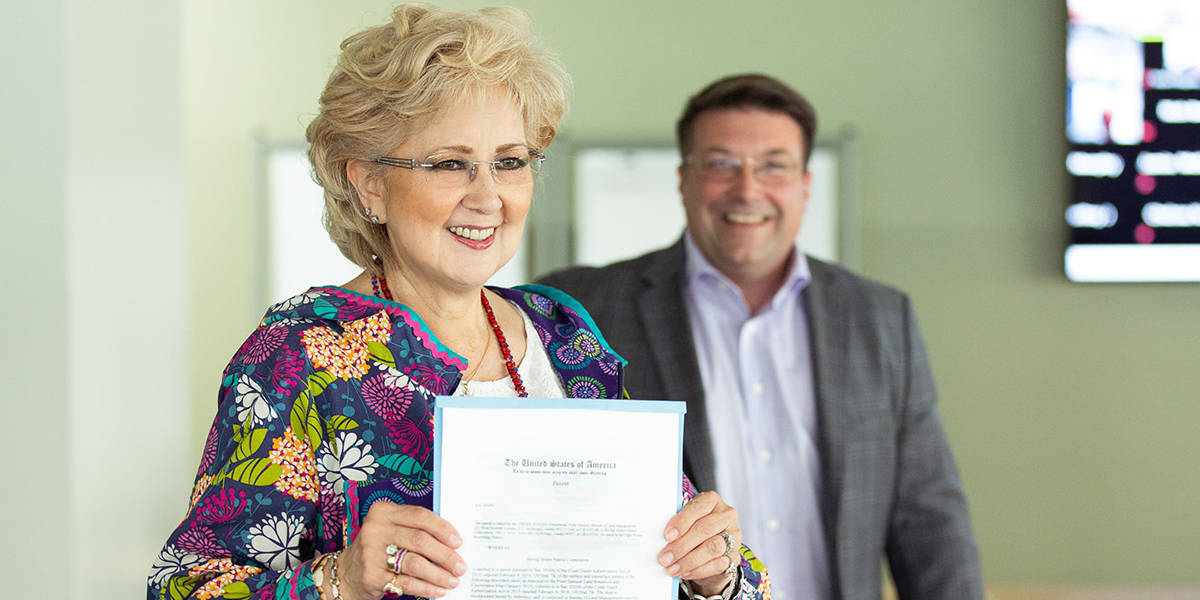 An historic milestone was reached when the Bureau of Land Management (BLM) signed a final patent transferring more than 2,000 acres of ANCSA land at Point Spencer, adjacent to Port Clarence, to BSNC on July 30. The lands and adjacent waters of Port Clarence have served as a port of refuge for people of the Bering Strait region for centuries and the site holds important strategic geopolitical as well as historic ancestral and cultural significance.

“On behalf of the BSNC Board of Directors, shareholders and descendants, I express our deep appreciation for those who helped make this land conveyance a reality,” said BSNC President & CEO Gail R. Schubert. “As our country prepares to defend our shores in the Arctic, we hope that this port will once again stand as a beacon of safety and security in service to our great nation.”

The U.S. Coast Guard Authorization Act of Feb. 8, 2016 authorized conveyance of lands at Point Spencer to BSNC and the State of Alaska, in concert with the Coast Guard’s need to retain jurisdiction of portions of the site. According to the legislation, the lands at Point Spencer are of national interest for the Coast Guard to more permanently conduct its duties in the Arctic. The conveyance allows for public and private sector facility and infrastructure development that will benefit the United States. The lands being conveyed to BSNC at this time contain an 8,000-foot airstrip that was constructed by the Coast Guard, and additional lands will be transferred to BSNC at a future date, once environmental mitigation has been completed.

“This conveyance has special meaning to me, as it represents partial fulfillment of lands selected by BSNC’s original Board of Directors, realizing the promise of the Alaska Native Claims Settlement Act nearly 50 years ago,” said BSNC President & CEO Gail R. Schubert. “Specifically, I would like to thank Congressman Don Young, Senator Murkowski and Senator Sullivan, BSNC Board Chairman Henry Ivanoff and the BSNC Board of Directors, BLM State Director Chad Padgett, Staff Director of the Subcommittee on Coast Guard and Maritime Transportation John Reyfield, the 17th District of the U.S. Coast Guard, Governor Dunleavy, Roy Jones, CJ Zane and Matt Ganley.”